his life and times

Today, Kalki R Krishnamurthy (1899-1954) is best known for his historical fiction – Sivakamiyin Sapatham, Ponniyin Selvan, and Parthiban Kanavu – recreating the glorious eras of the Pallavas and the Cholas. The conquests and art and culture of these two kingly dynasties are brought to bear on contemporary Tamil self-fashioning. Alai Osai, which the author deemed his best work, documents the turbulent years of the freedom struggle between 1934 and 1947, seen through the eyes of ordinary people who are inevitably affected by the socio-political changes.

In a comprehensive biography of the iconic writer, Sunda (the nom-de-plume of MRM Sundaram, a writer known for his stint in the Tamil service of BBC) shows how, for Kalki, writing was an act of protest as part of India’s freedom movement, to assert India’s spiritual and cultural values, and to commit himself to Gandhian ideals.

The website required capabilities for placing pre-orders in two currencies and providing shipping details for processing orders with three different shipping options for the customer. The ease of managing order processing for the site admin was critical for this site as it is a micro-publishing project. Later, once the book is published, this will quickly morph into order placements. Donations were also made possible in dual currencies and in any amount. This project had a limited budget and only one product. So All this was effectively accomplished without using a full-scale shopping cart. 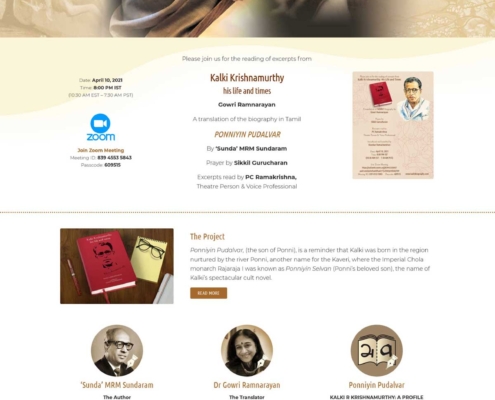 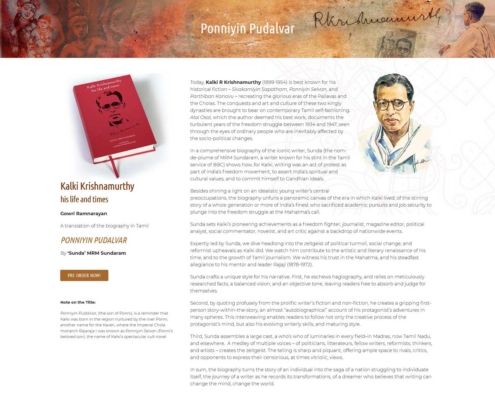 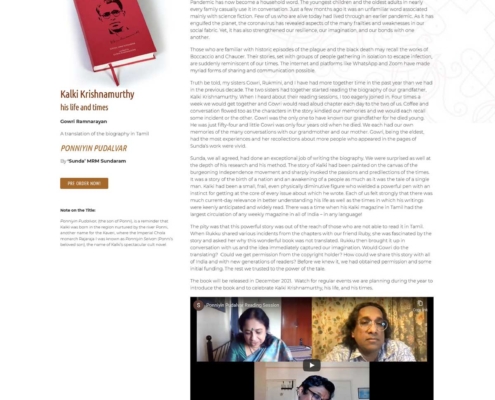 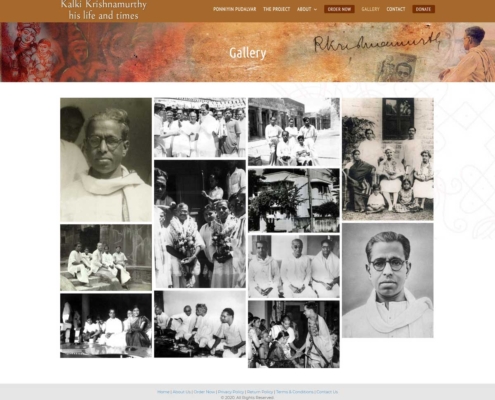 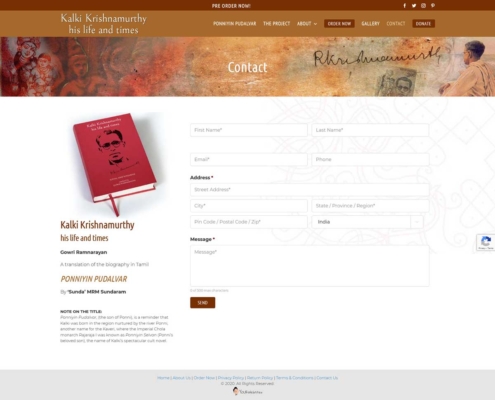 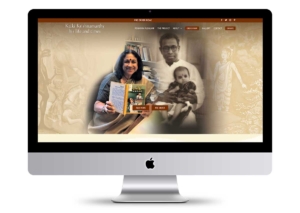 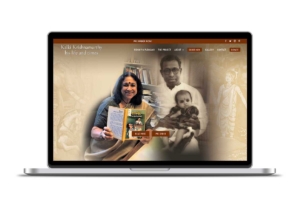 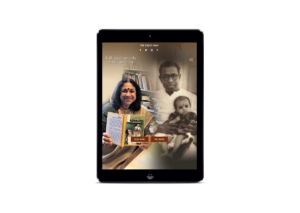 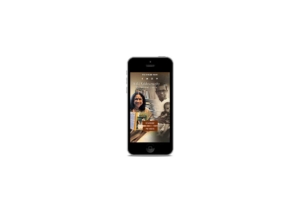